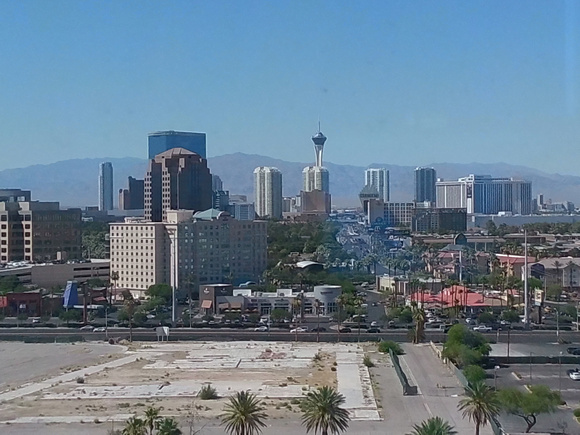 Our view from the Hard Rock Hotel in Las VegasLas Vegas skyline the day before the awards.

After years of being an NHL fan I finally made the decision to attend the NHL awards. Call it a life long dream, or maybe it's just because my first hockey tour is in the same year, or maybe it's because I've decided to take a new route in my life. For whatever reason I decided this year should be the year I attend. I guess the finally decision was when Luongo was nominated for the Mastertson Award, I'd cheer for that guy no matter what, but the Mastertson award is quit an honor to be recognized by the writers for.

Though Luongo was one of the reasons I came, he wasn't the only reason I enjoyed the awards show, especially since he didn't win. The awards show was fun to watch live, and at the same time very sad. It seems to me that when you play it all side by side it was a tough year for hockey. Between the Humbolt Broncos bus crash, and the Parkland shooting, it was quite depressing to hear all of this recapped. There was however a positive to take away from the awards. This year the NHL announced, the Willie O'Ree Community Hero Award. O'Ree was the first black NHL player. For him to be the first black NHL player with an award named after him was even better. When I looked up at the stage and saw O'Ree there, it made me happy, and frustrated to see it took until 2018 for him to get an award named after him. Oh well better late than never I suppose. 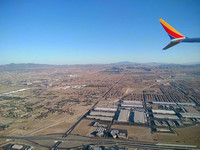 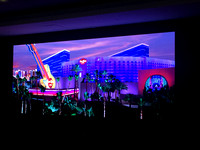 Plane tickets to Las Vegas from pretty much anywhere are cheep, and I was sure to buy them early, in April.

Hotels in Las Vegas are also very cheep because there are so many. But booking early you can always score a deal through Booking.com. We stayed at the Hard Rock Hotel mostly because the awards were held at the Joint.It's a very lovely and spacious hotel. They had a gym and a pool. The pool was 100 degrees, and the gym was small, but I got some cardio in so I would say it got the job done. 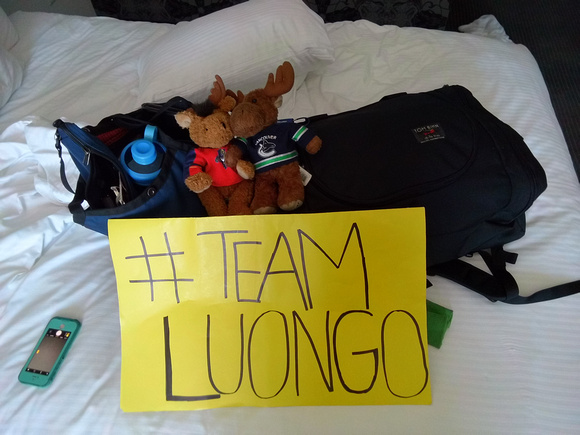 My Packing List (not everything but these are the must haves)

Aeronaut 45 (too many jerseys for the Synapes 25)

Flip Flops (that I forgot and never used, LOL) 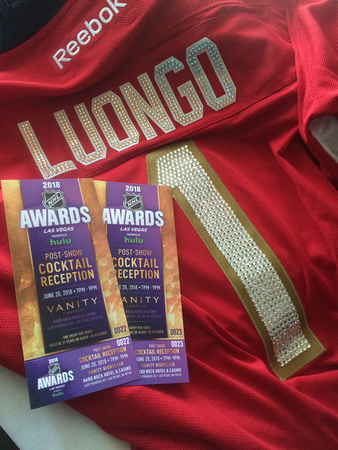 I can't speak to past years but this year I spend quite a bit. QUITE MORE than I wanted to spend on an awards show. I think it had to do with the Golden Knights success, and the Capitals winning their first Stanley Cup. But let's just say if I purchased my tickets during the playoffs I would have spent a lot less, but I very much doubt I would have been able to attend the after party. 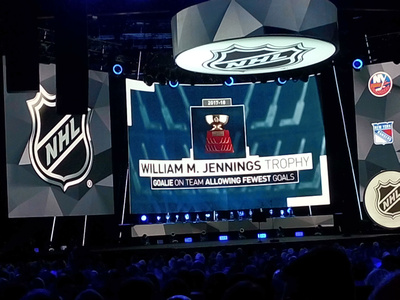 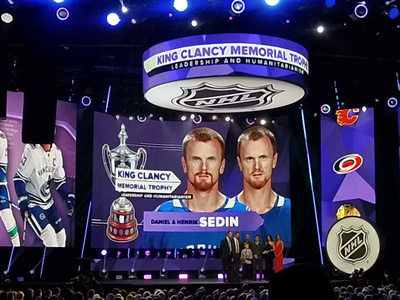 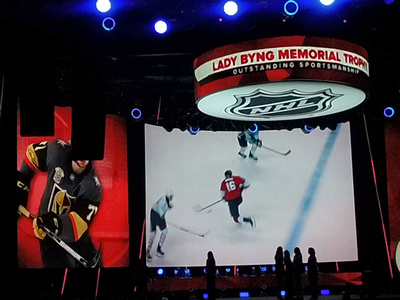 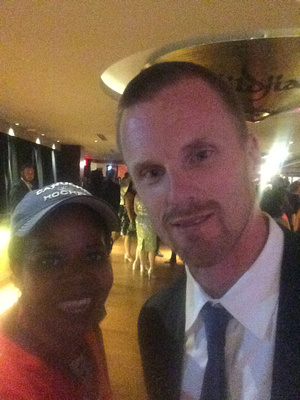 Not a bad venue but you are limited on what you can bring in. They didn't allow us to bring in our hockey sticks, but they did allowed cameras. And a few fans even brought in their pocket knifes. I guess hockey sticks are a weapon in the States. Funny enough signs are allowed, go figure. Very pretty and the lights were very done up. Very small as well I believe it only seats 4,000. We were in the lower level because we spent way too much on our tickets.

Each attendee received a program, which I'm keeping for my scrapbook, in color which contained a play-by-play of the awards. It was a great show and Boyle made me cry. Hell pretty much every part made me cry at one point or another.

After the show Vanessa spotted Daniel Sedin and he was nice enough to take photos with the both of us. So happy to see them one last time. I said go Canucks and he just laughed.

I also spotted Kevin Weekes and took a photo with him but it didn't turn out :( Kevin if you're reading this I think that was the most disappointing part of the night. 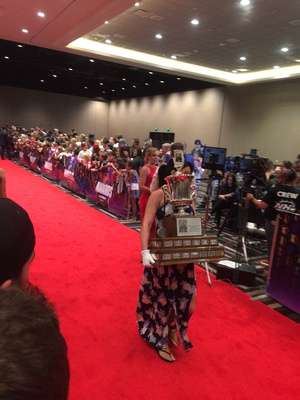 It is free to stand on the red carpet but you have to get there early, and I mean early. The couple in front of us said they got there at 10AM.  We got there around 1PM, thankfully they were nice enough to let me in front when Luongo came out so he could sign my jersey... Aww Luongo... we'll get to what he said in another post, because what happen on the red carpet was so great it needs it's own post. 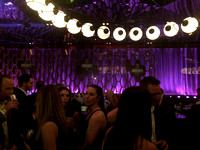 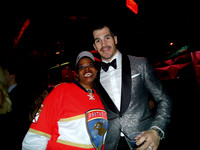 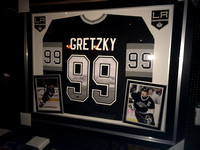 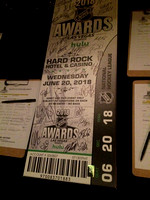 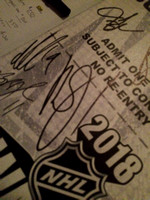 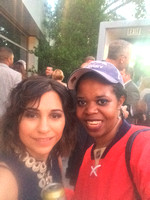 So as I mentioned above the very expensive tickets came with tickets to the after party. It was fun, all the free booze we could drink. We looked around for players; I spotted Boyle and pounced. Vanessa took a very crappy photo of us and we were on our way to more drinks. We saw Bettman near the drink line, booooooo!!!! Vanessa wanted a photo with him but I shamed her so much for it she decided to pass. I can't stand that guy! We met some really cool locals, and went to the downstairs bar to have drinks with them. The best part was what happened after that... But that is a story I can never share online, as they say what happens in Vegas stays in Vegas, and what happened after I parted ways with my dear new friends and oldest best friend will forever stay in Vegas.